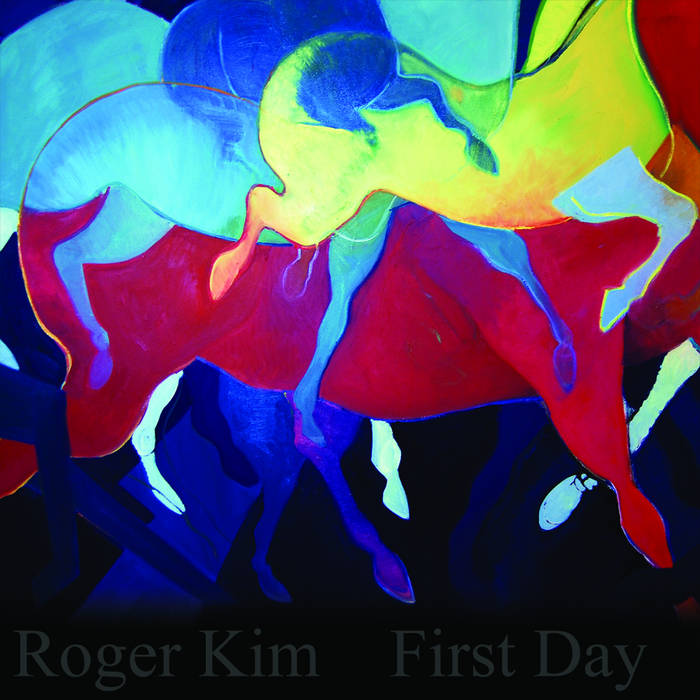 This album features the original iteration of First Day, which was born out of a honors "thesis" project in the music departpment at UC Berkeley. In an attempt to be academic, I explained that:

Free jazz and other freely improvised musics can often be heard as abstruse to the point of being too difficult to listen to. The music of First Day, however, utilizes freedom to seek the expressive possibilities of music. Through structure, composition, and an emphasis on sympathetic playing between the musicians in First Day, Roger hopes to unlock the use music as a means of communication at once both more specific and yet more universal than words alone.

These compositions were written by Roger Kim for an honors thesis and were performed by Roger Kim, Forrest Riege and Benny Amon. The album was recorded in one day at Sonic Zen Studios in Berkeley by Charlie Wilson, and were mixed and mastered on another day, also by Charlie Wilson. The front cover art was originally a large scale painting by Kristina Ng.

Bandcamp Daily  your guide to the world of Bandcamp